The Black Eagles are a team of eight T-50 Golden Eagles. The fighters have their tops painted black and white and their undersides yellow, as you can see in the sequence below as they did an aileron roll. 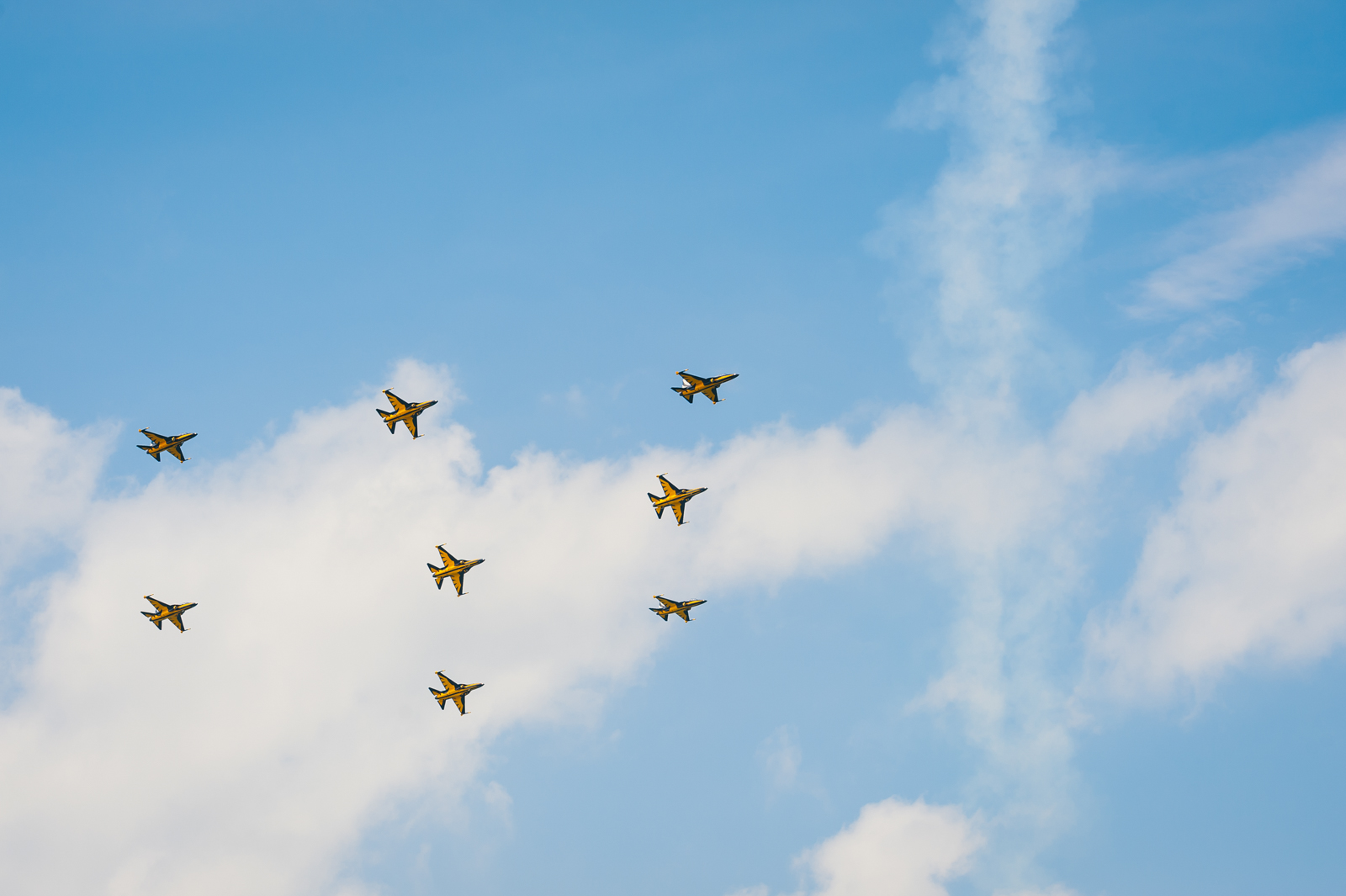 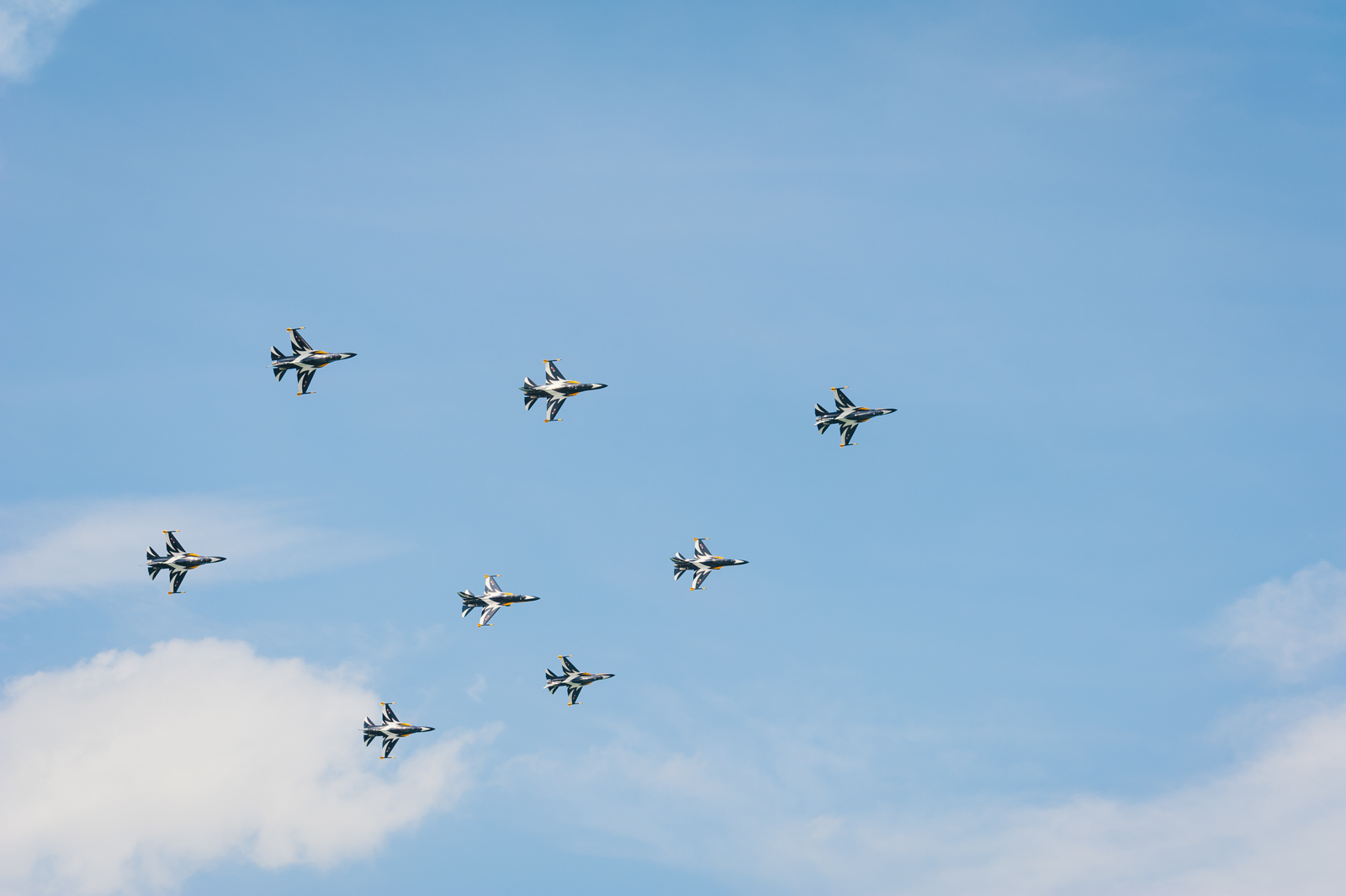 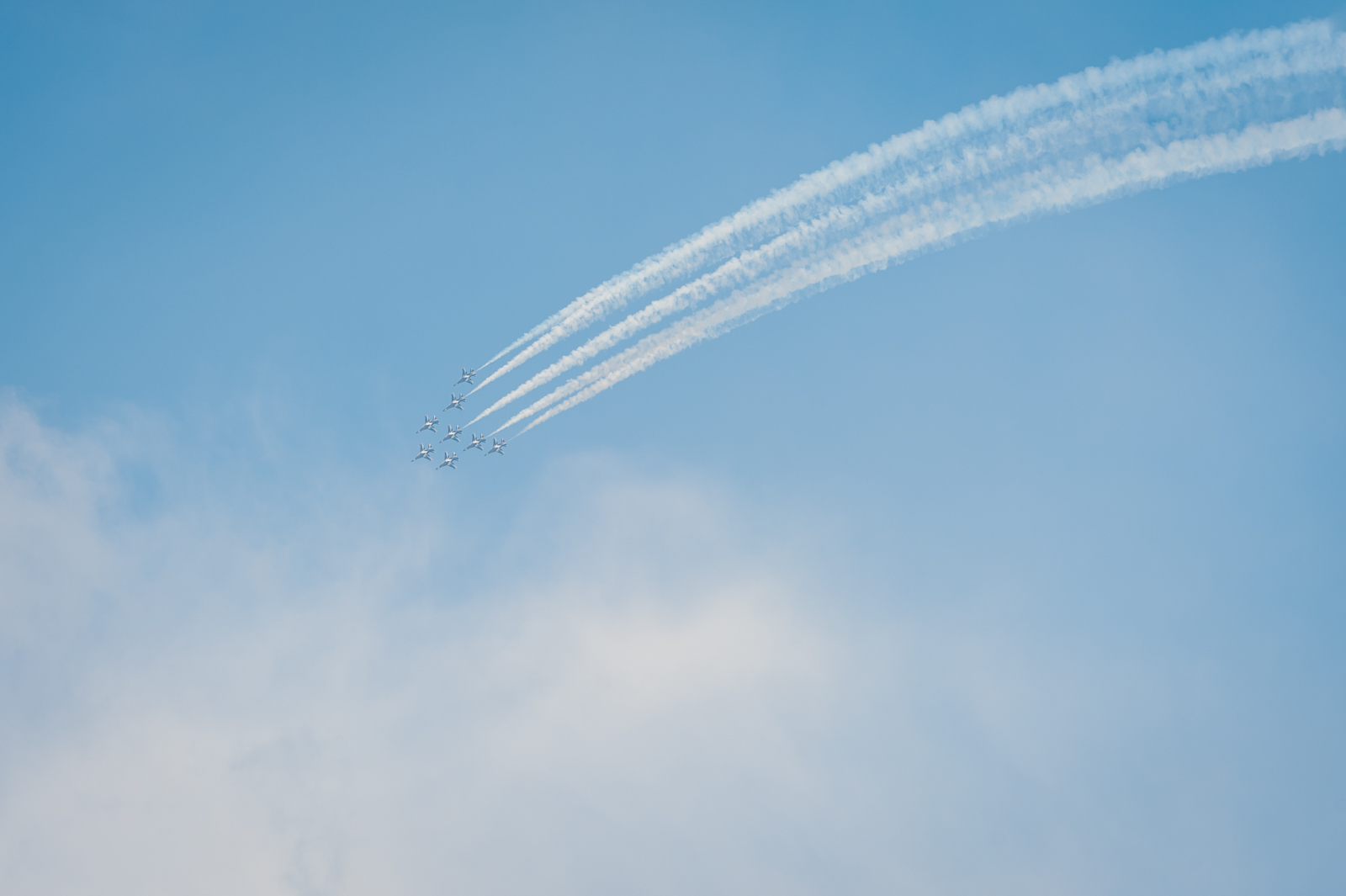 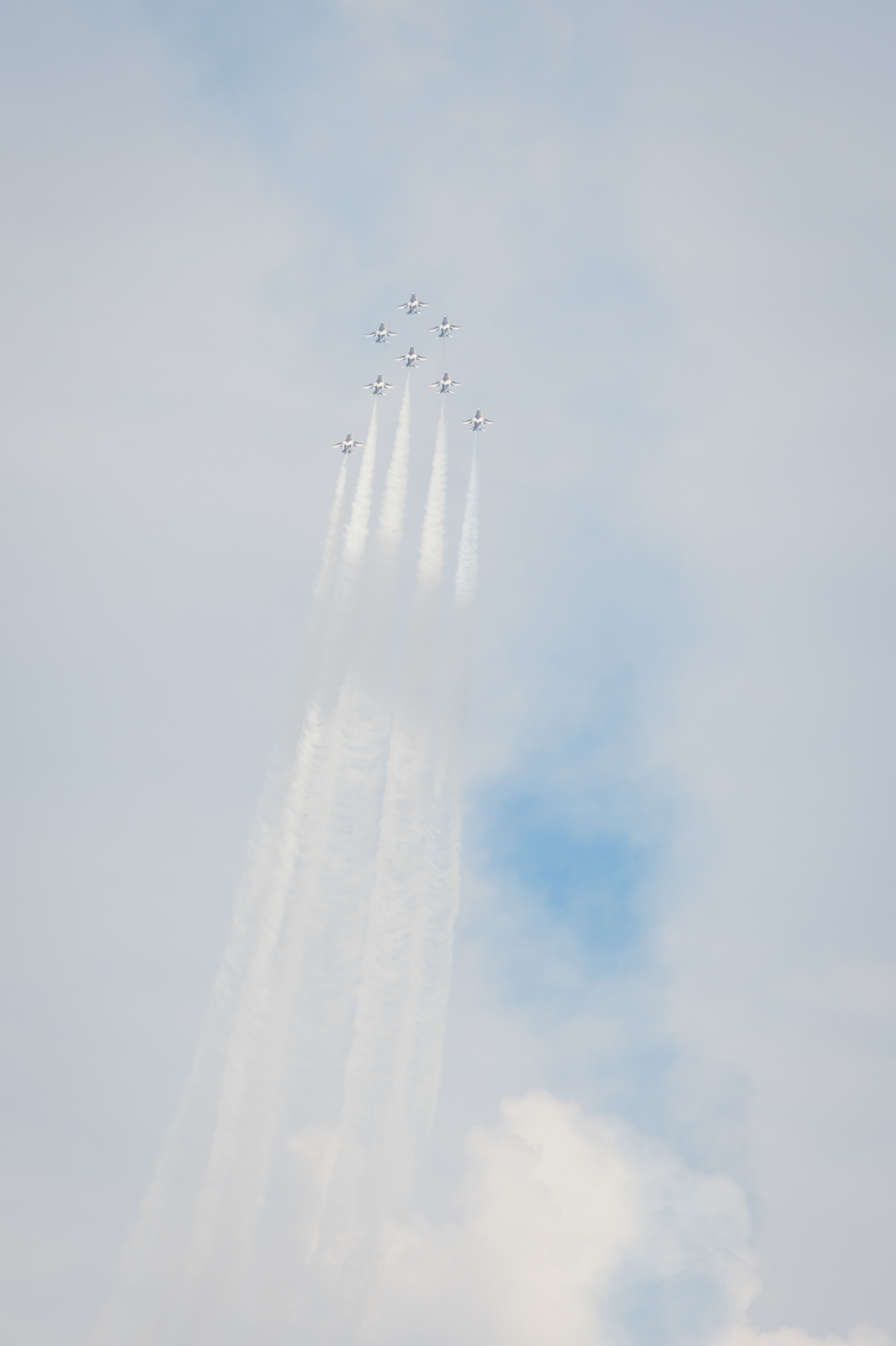 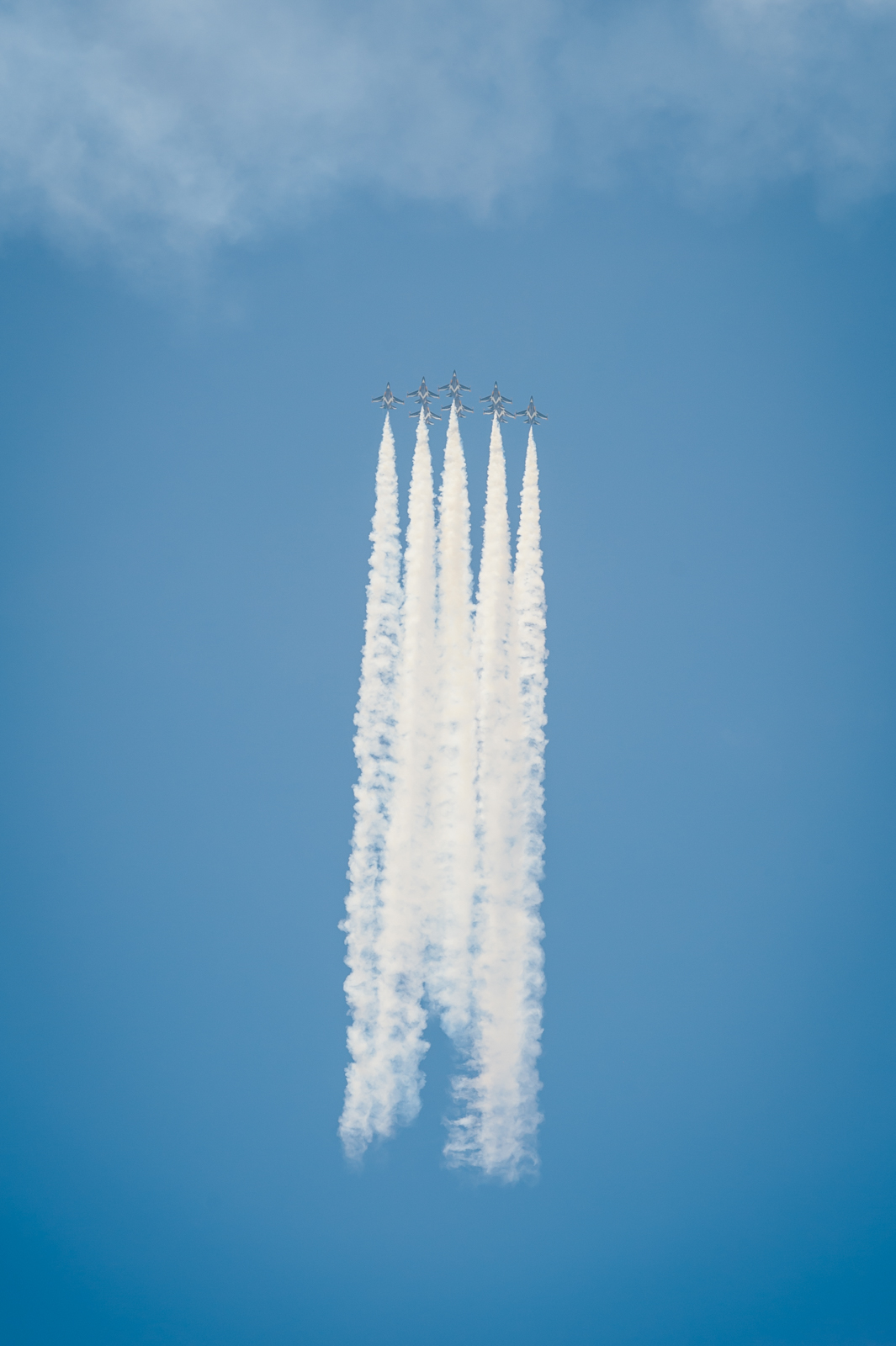 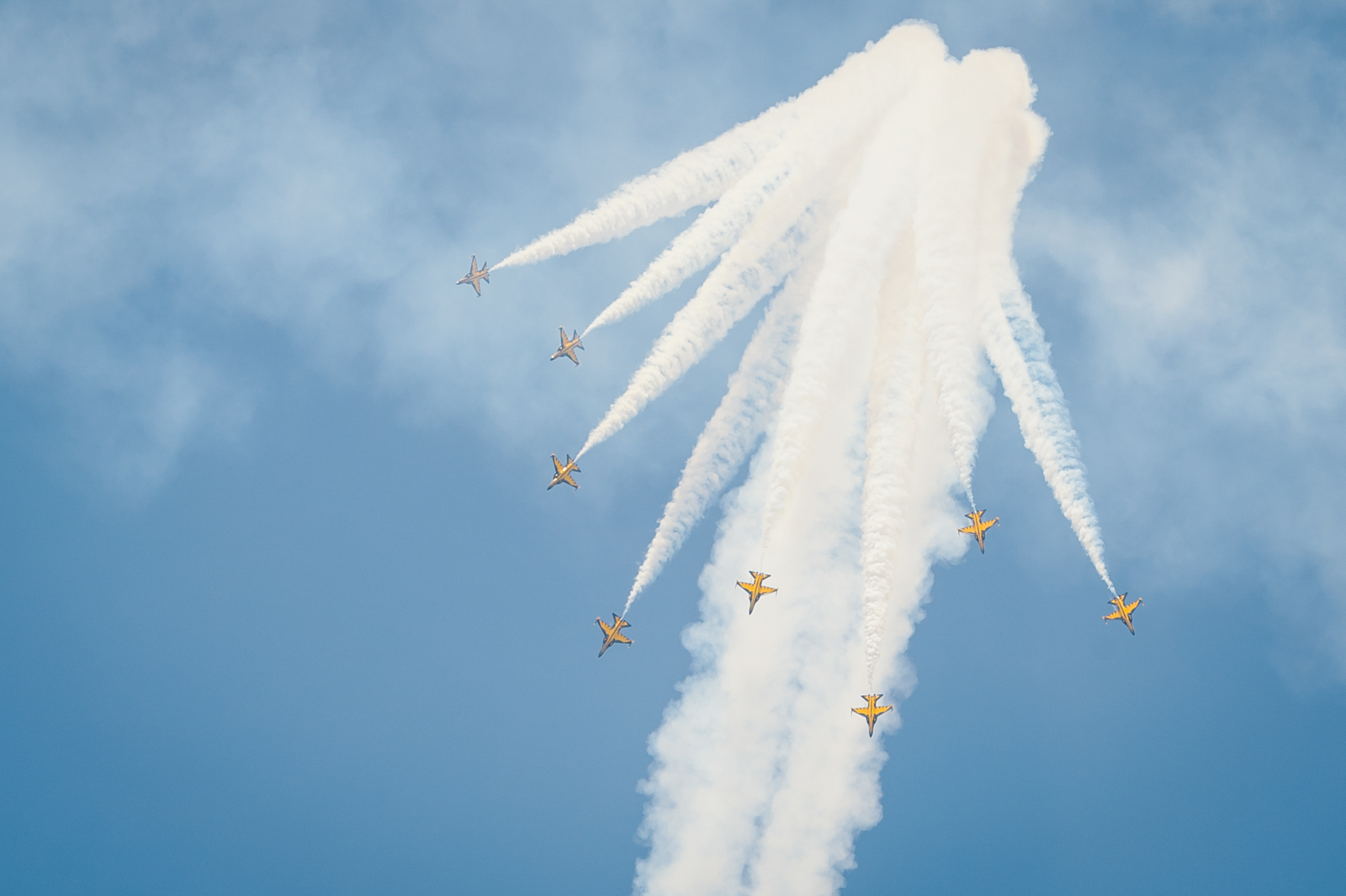 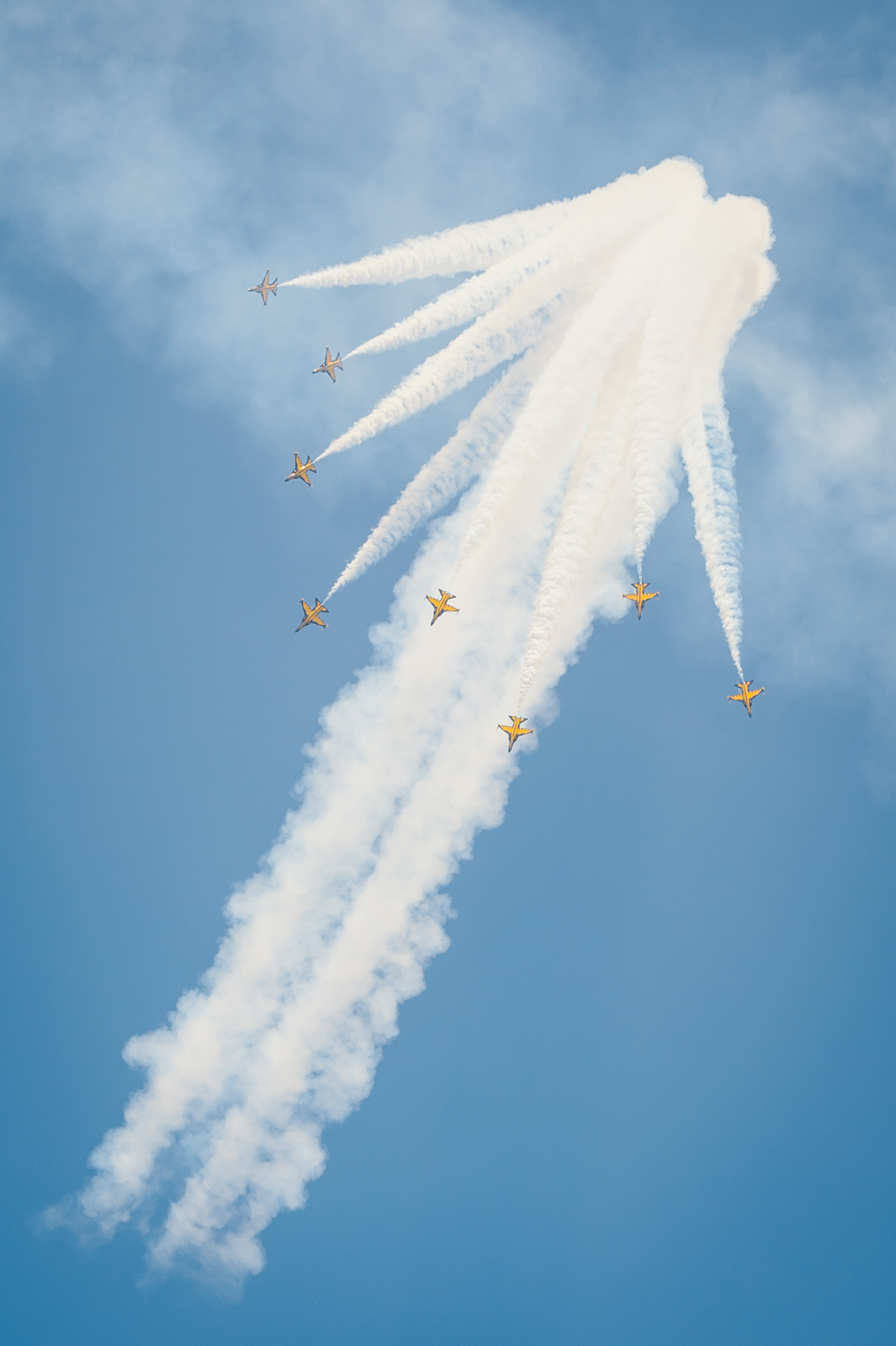 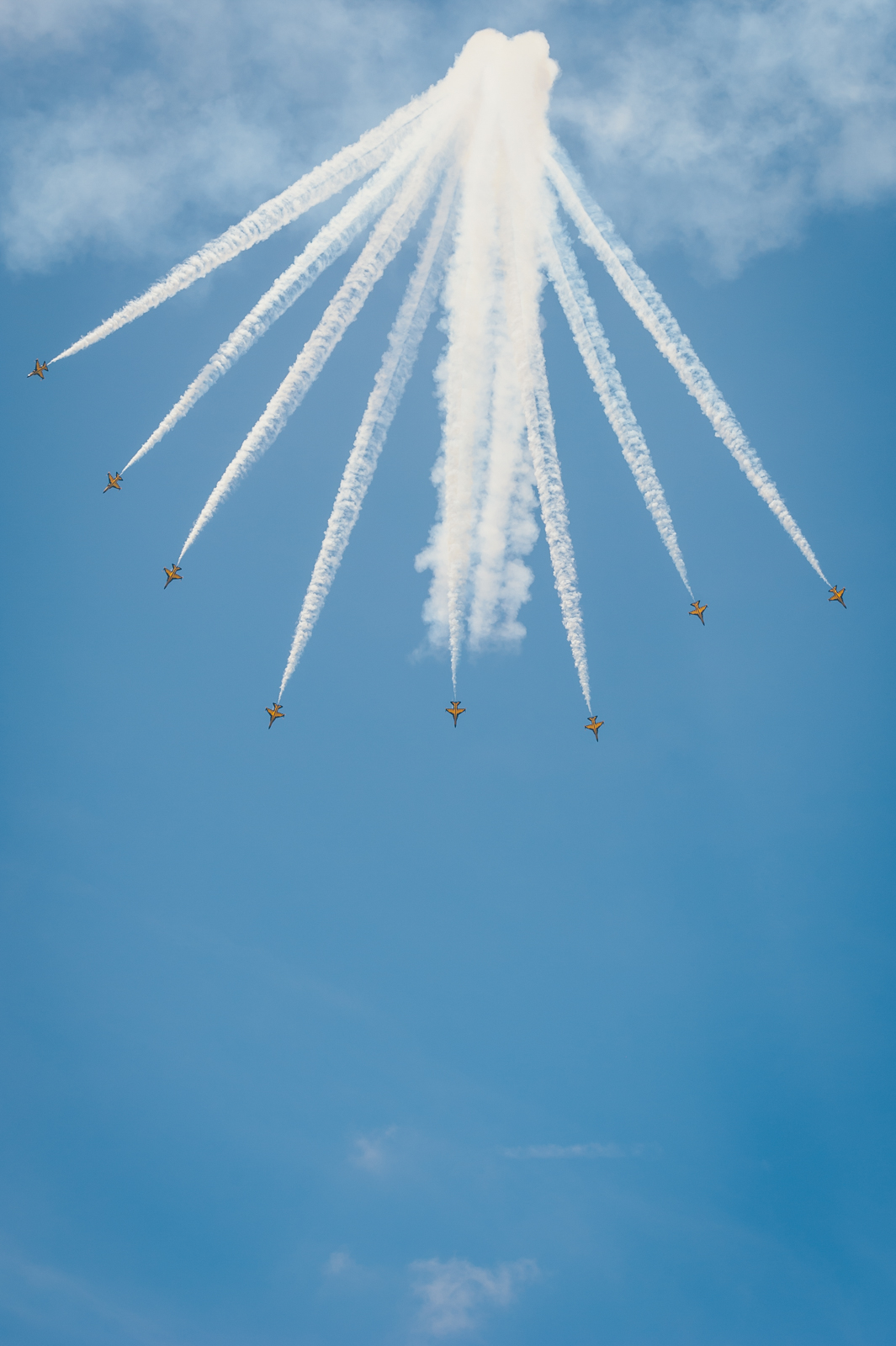 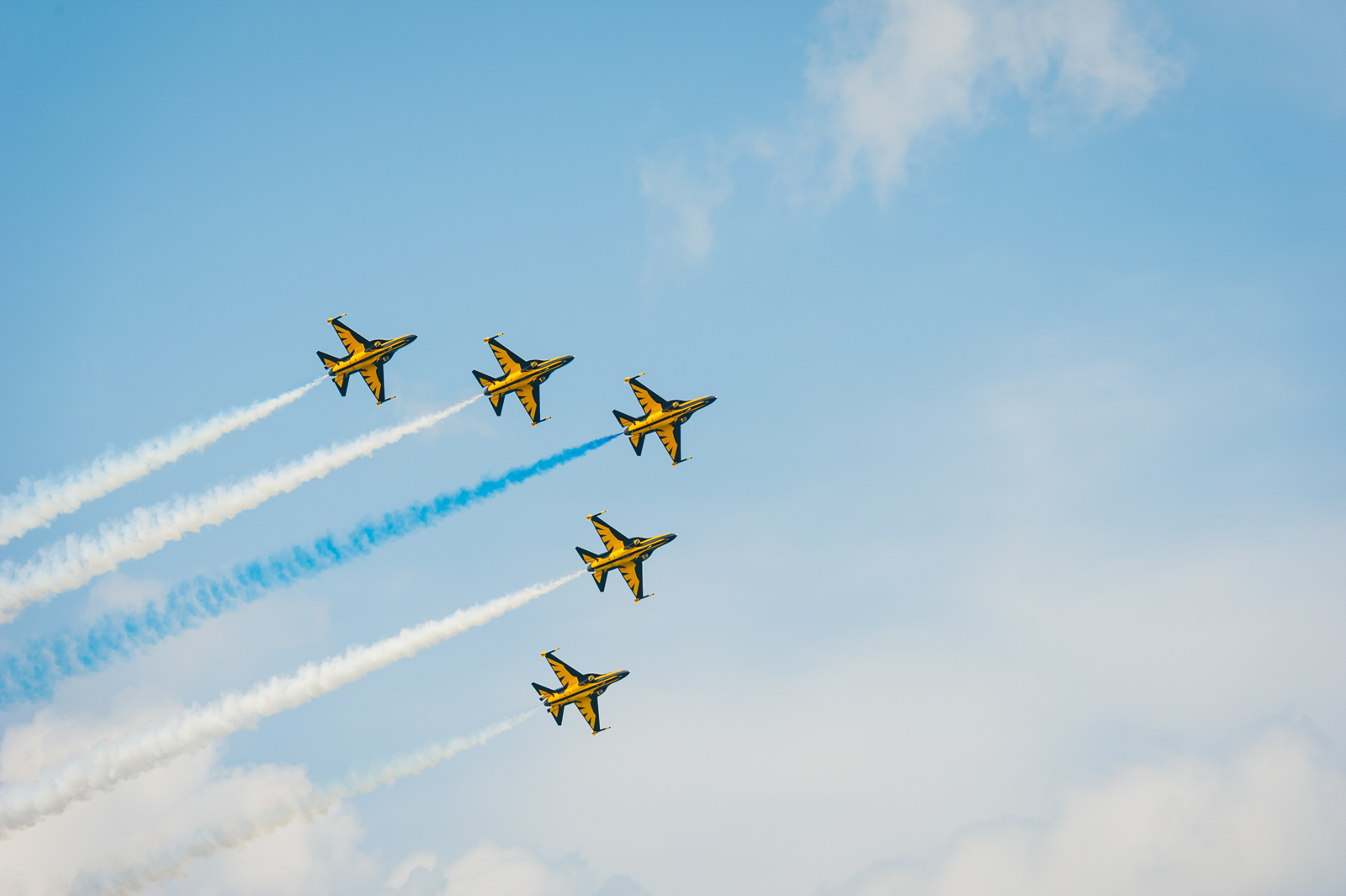 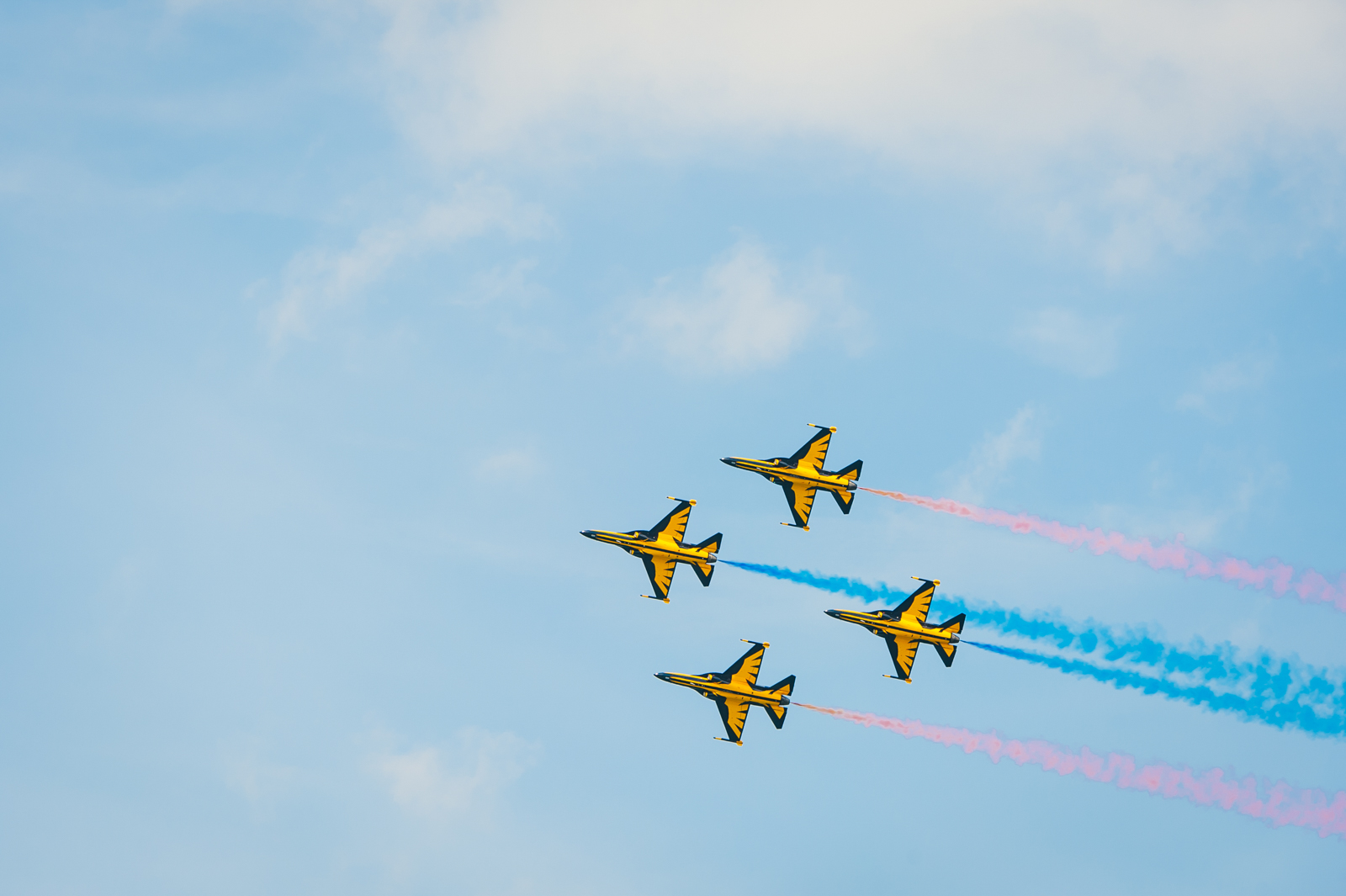 As I mentioned in my previous entry, visibility was a problem due to the clouds despite it being a sunny day. Depending on where the planes flew, they would either disappear into the clouds or have white clouds in the background instead of blue skies.

It helped that the Black Eagles used blue and red smoke as well as these stood out against white background. The smoke released by the planes did not dissipate fast enough for some manoeuvres. The blue and white smokes were less of an issue since those would blend with the sky and clouds respectively, but the red smoke was still visible, especially in the next shot. 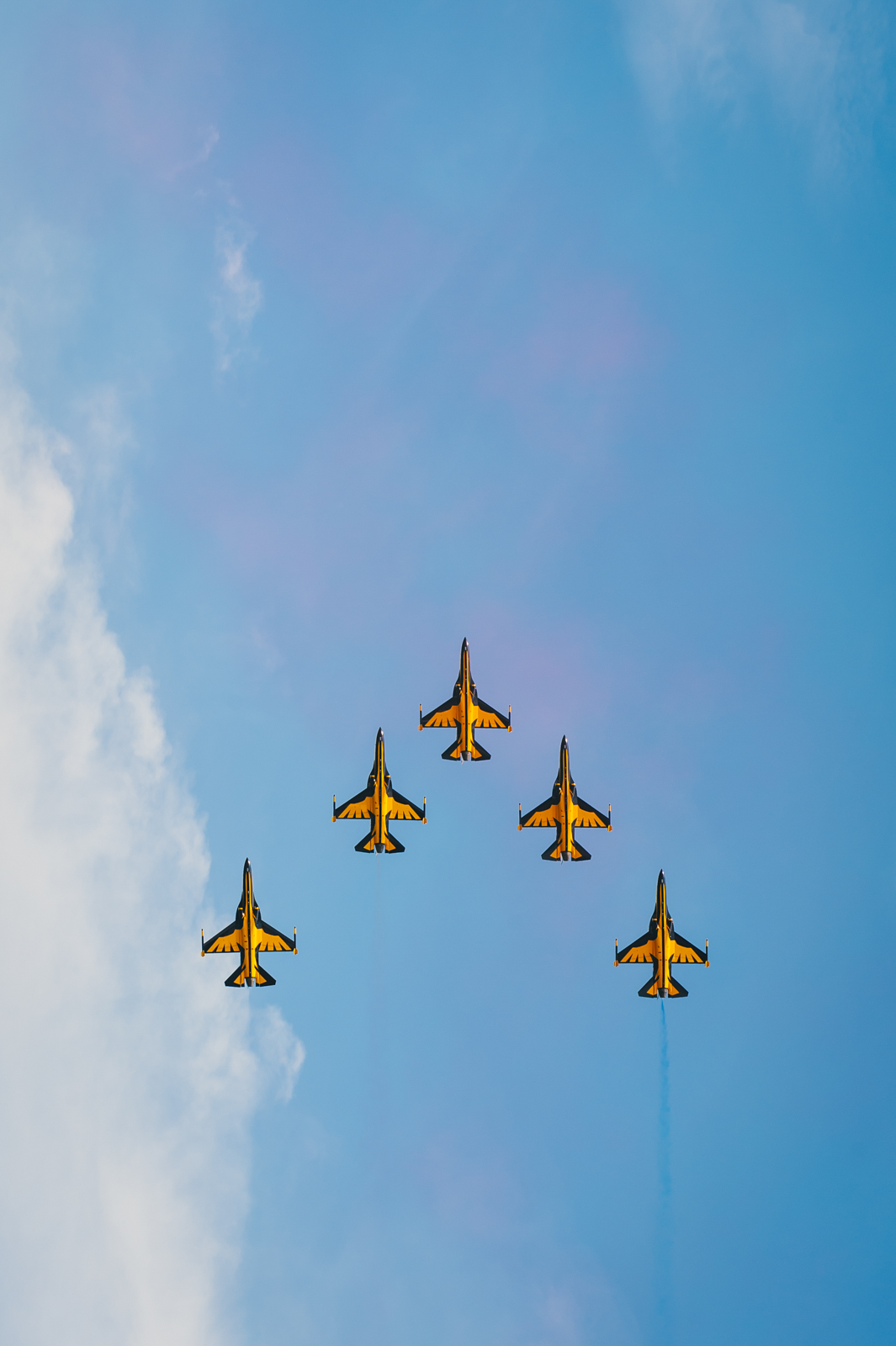 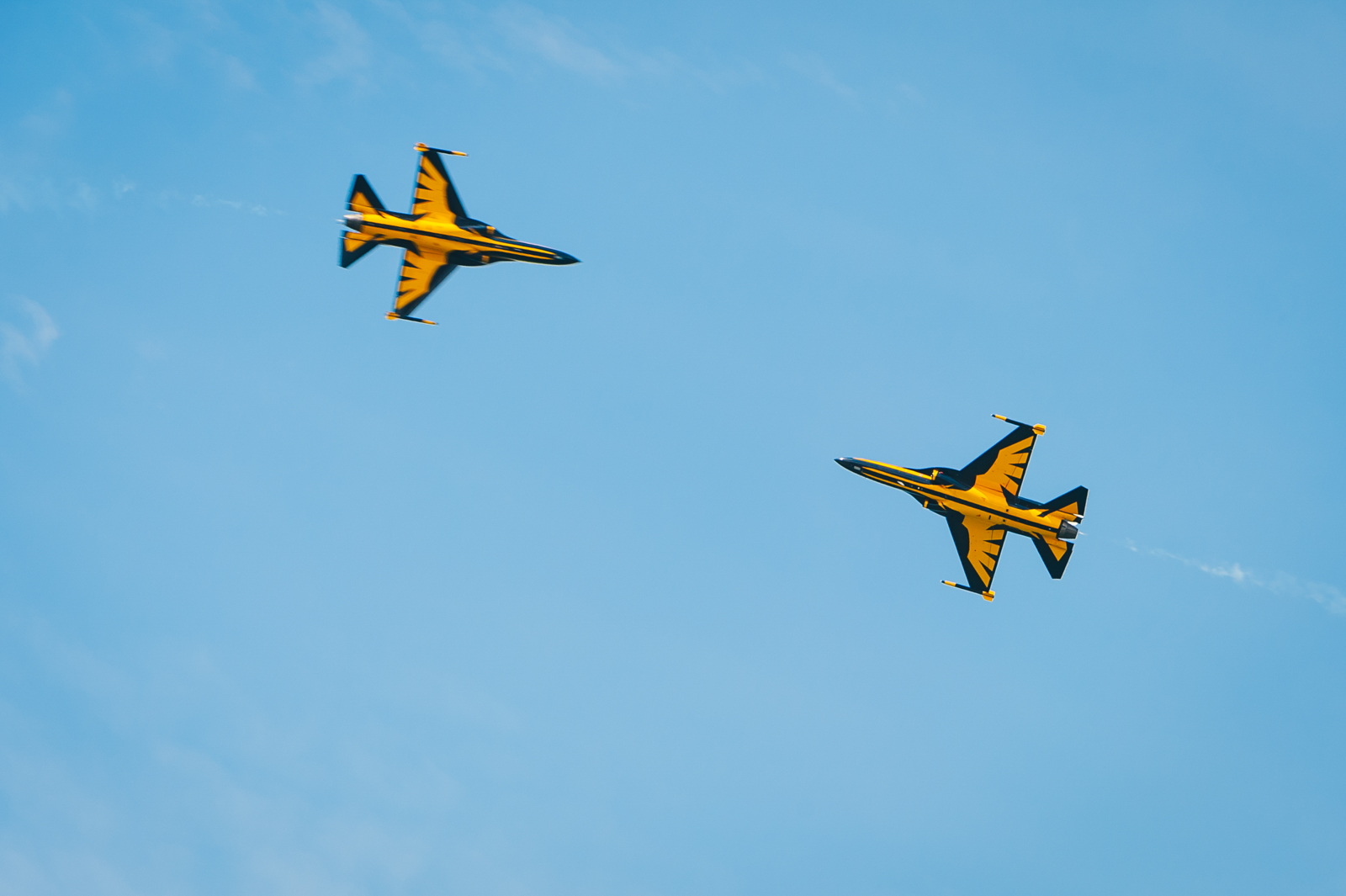 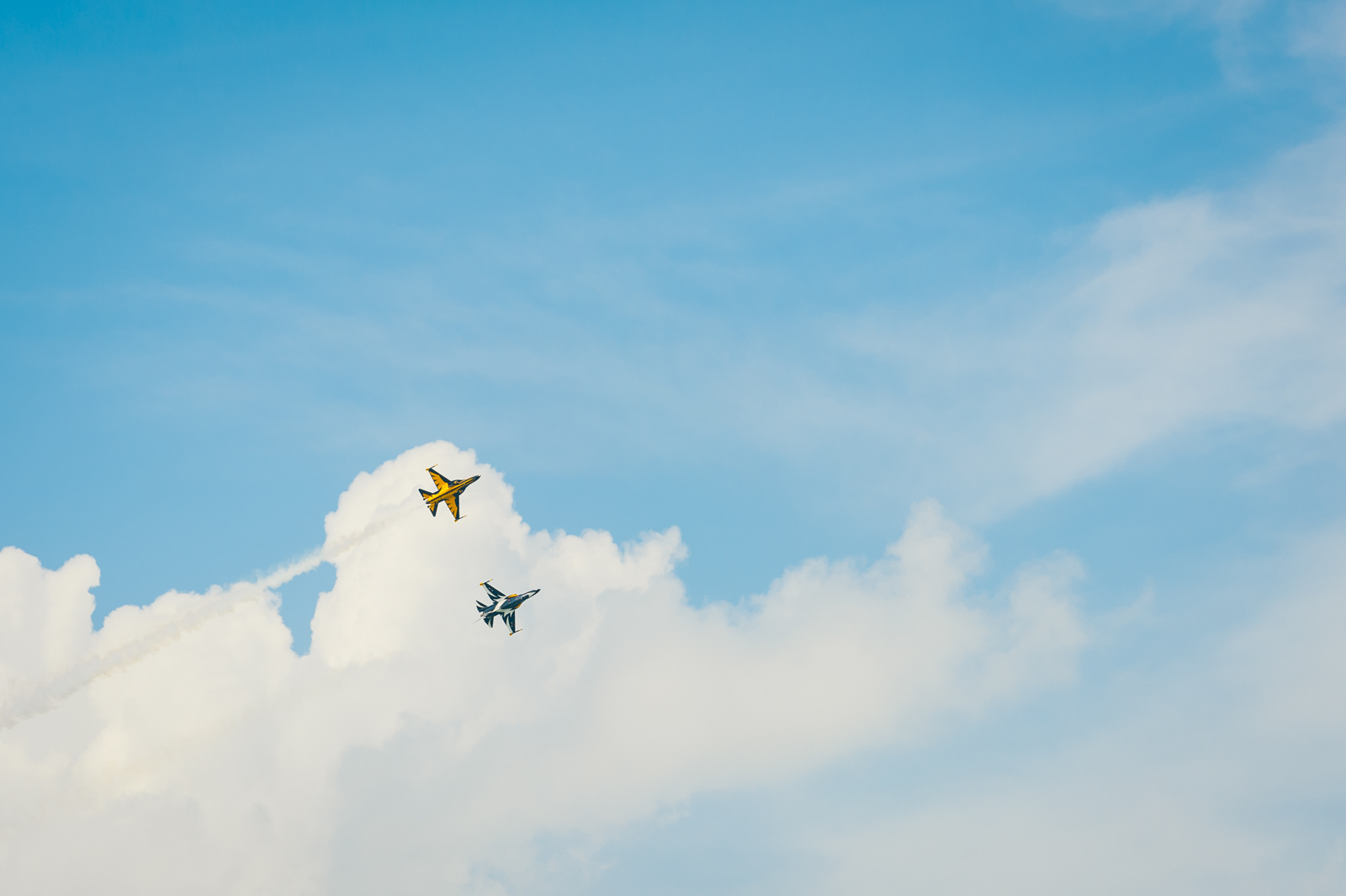 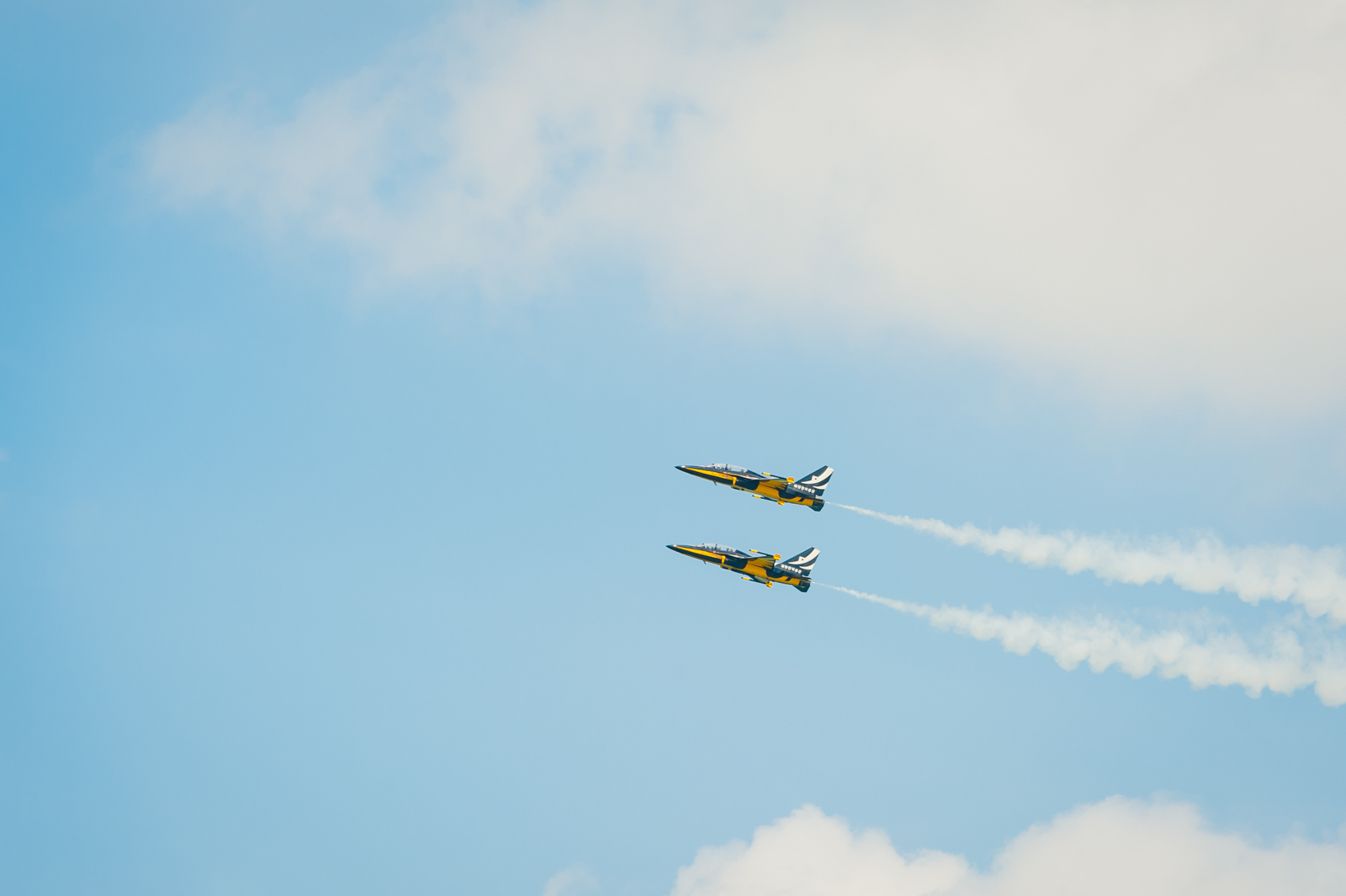 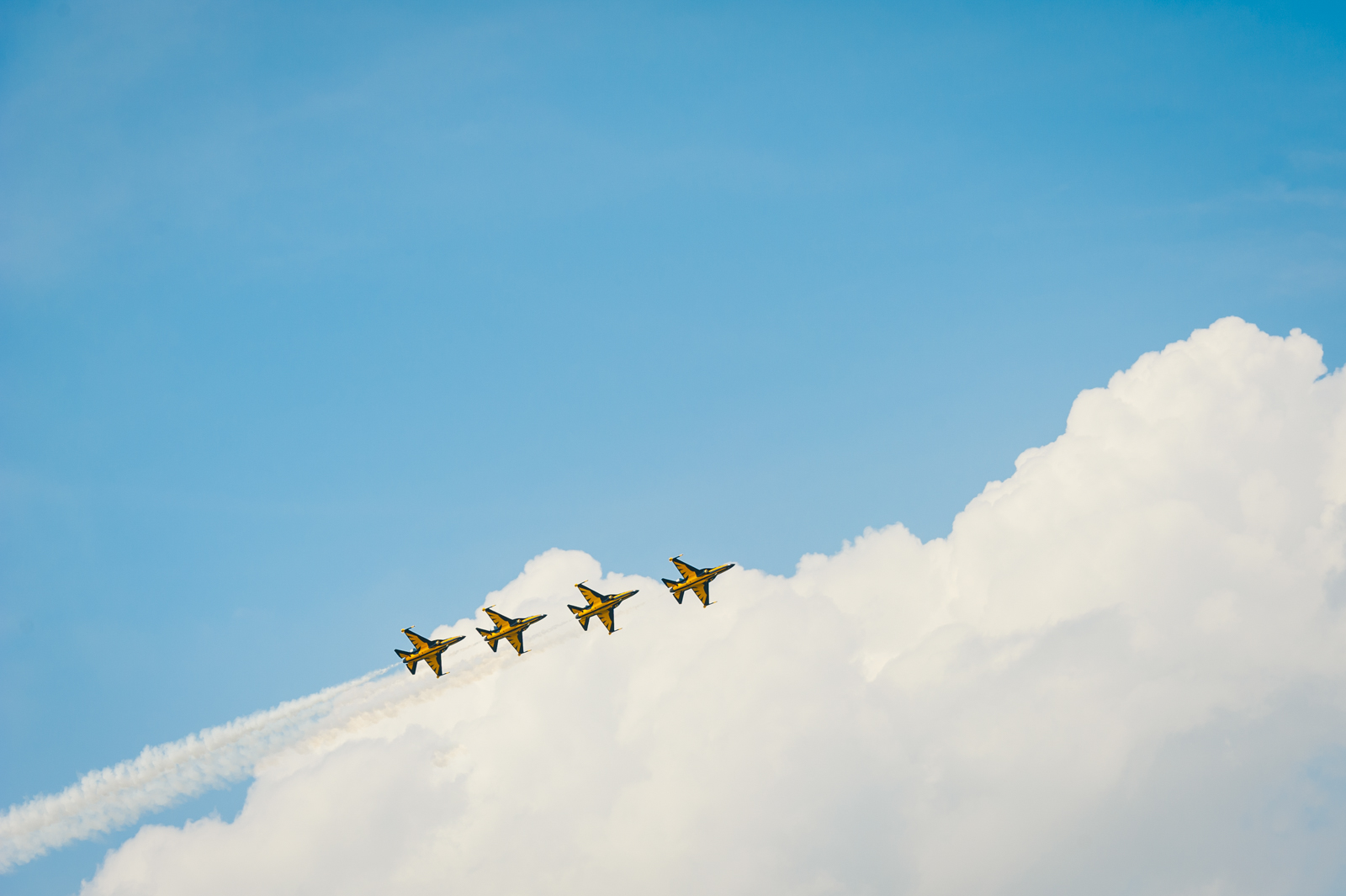 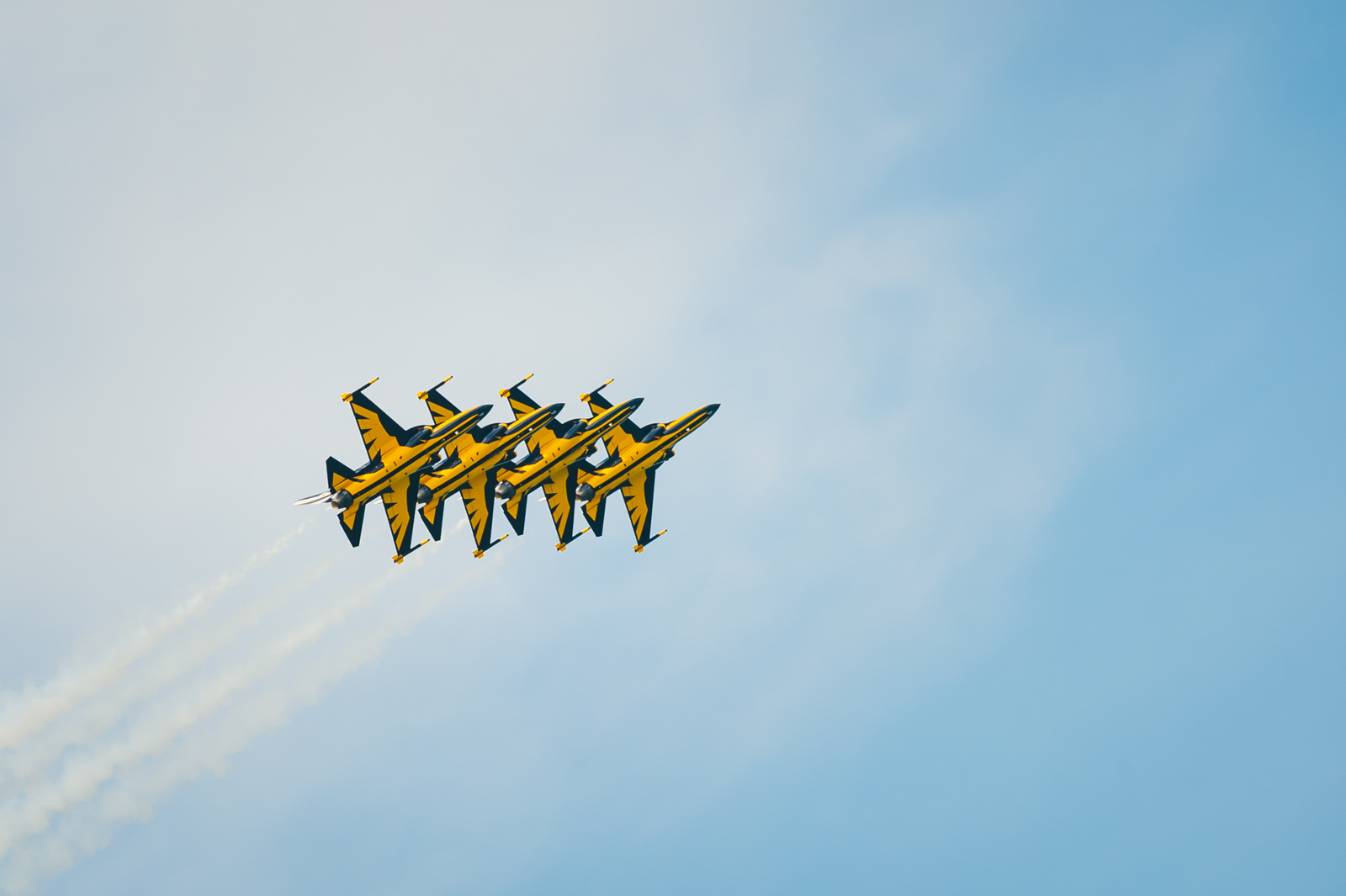 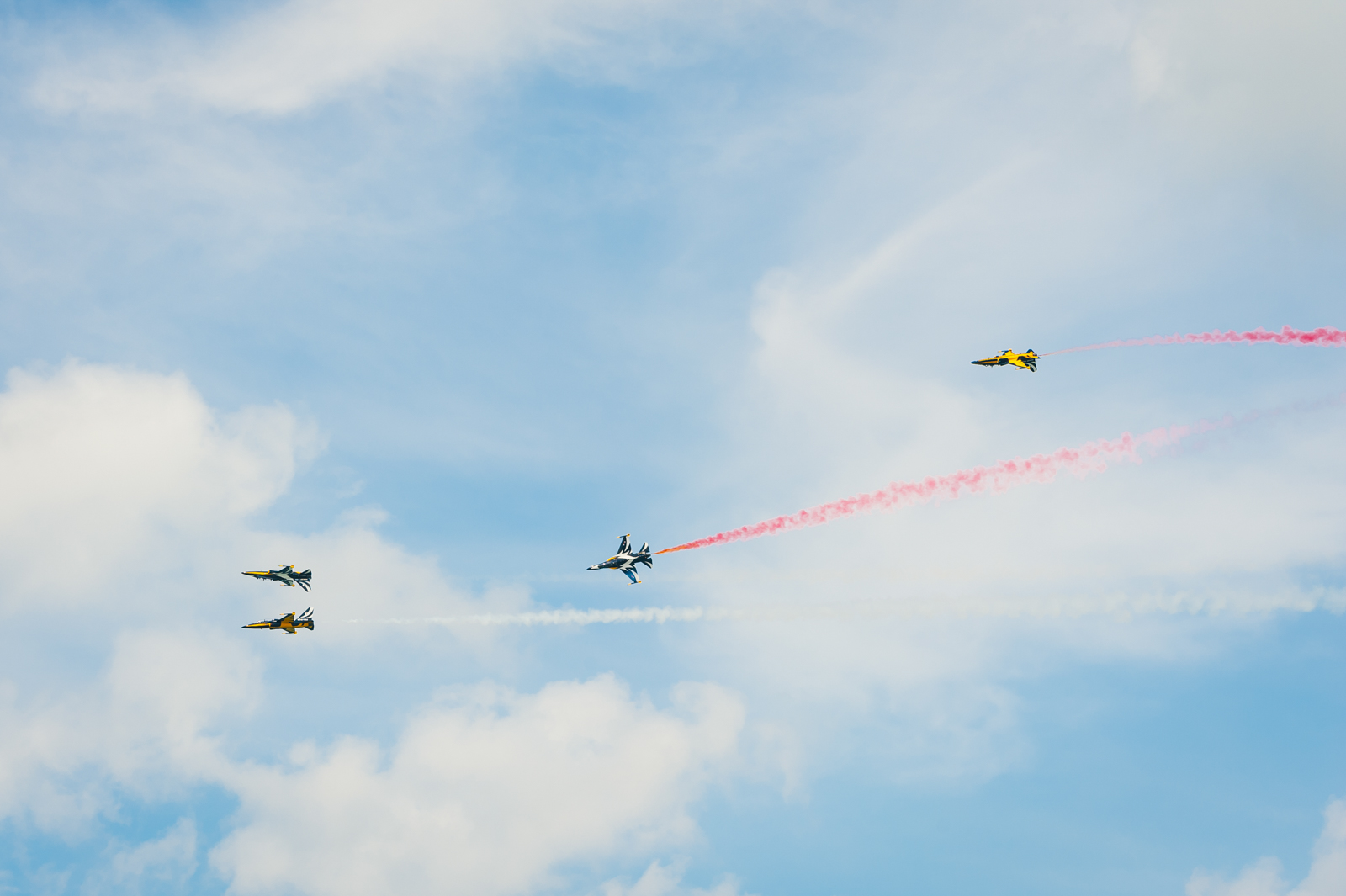 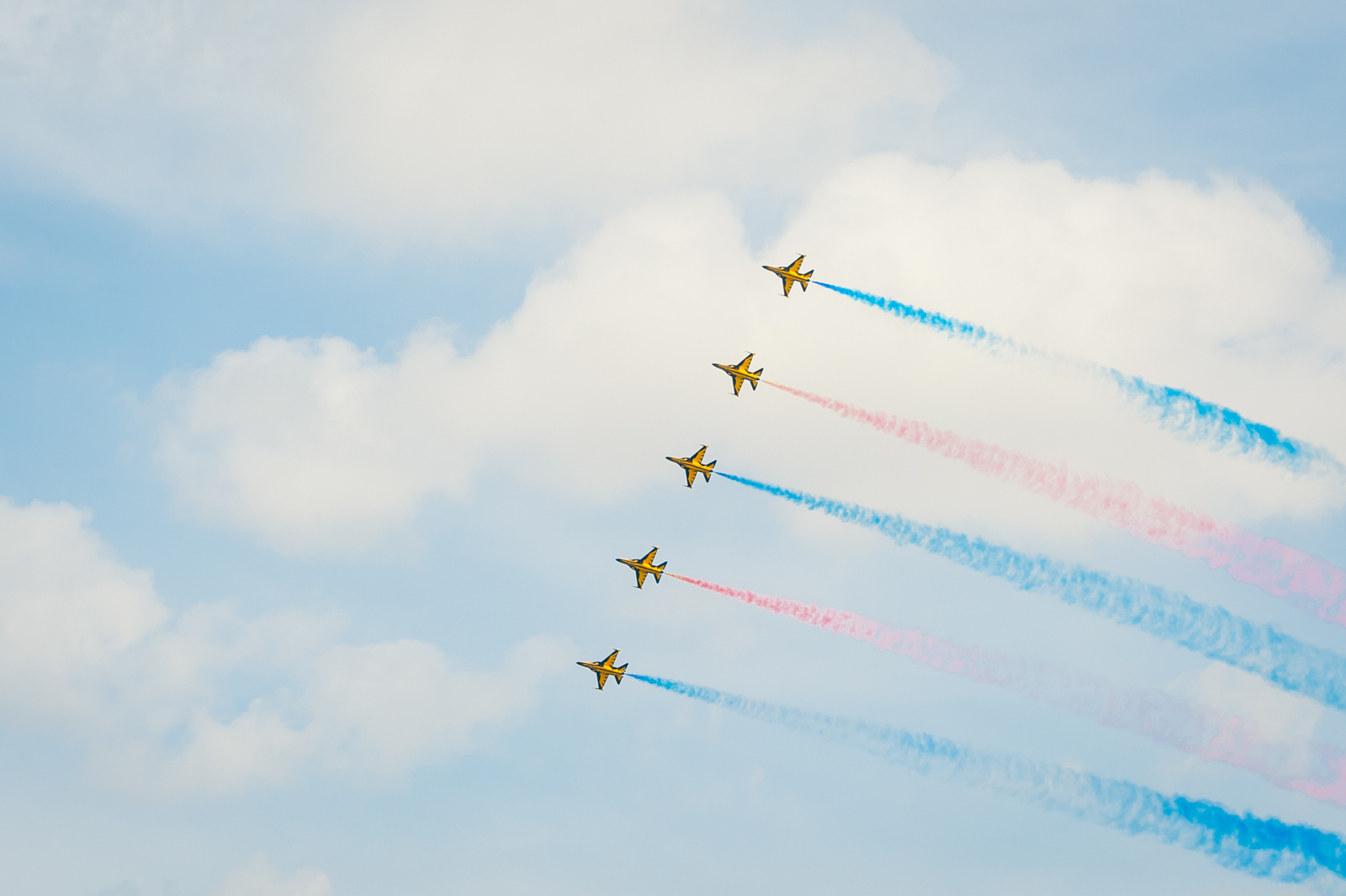 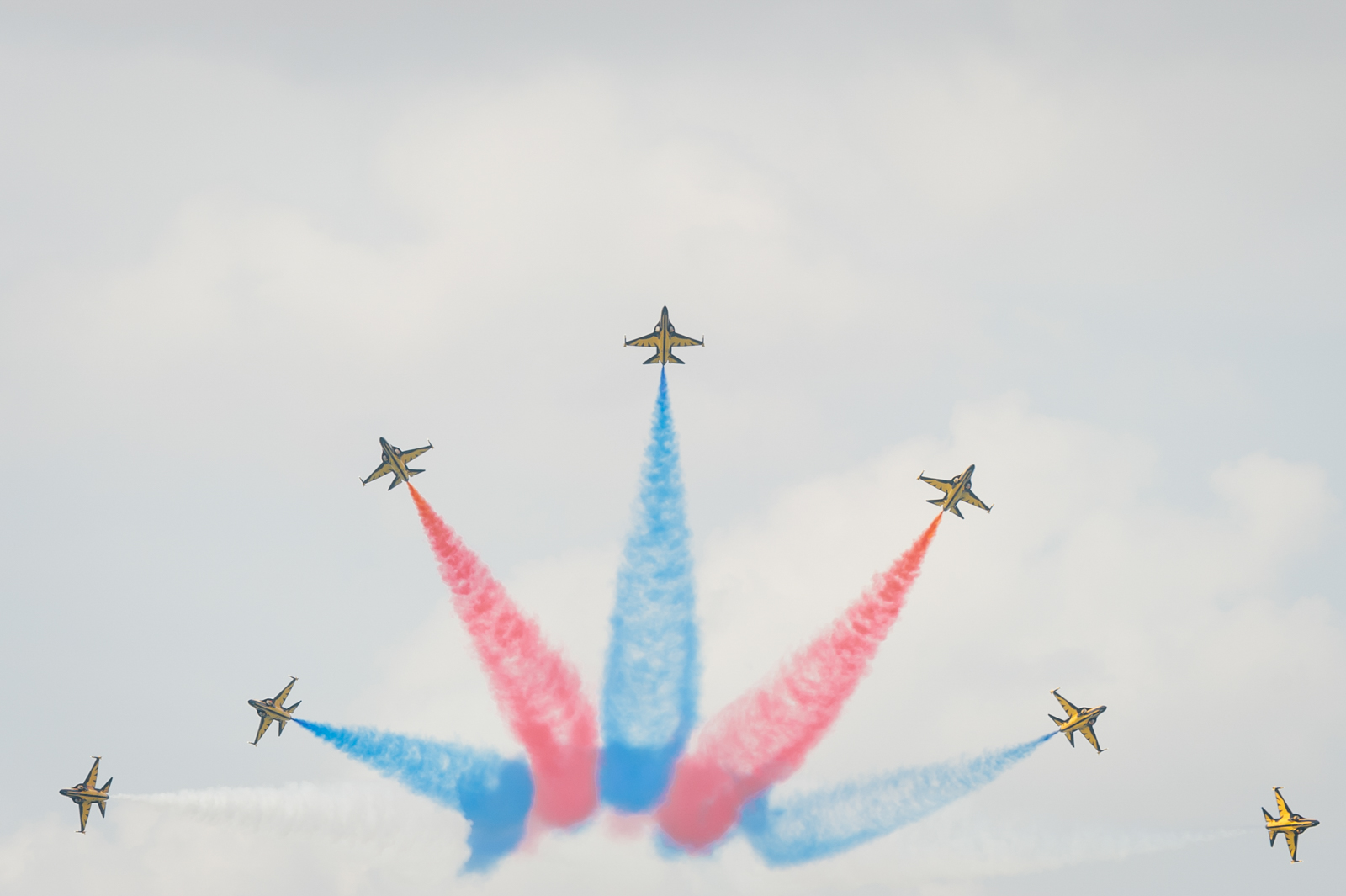 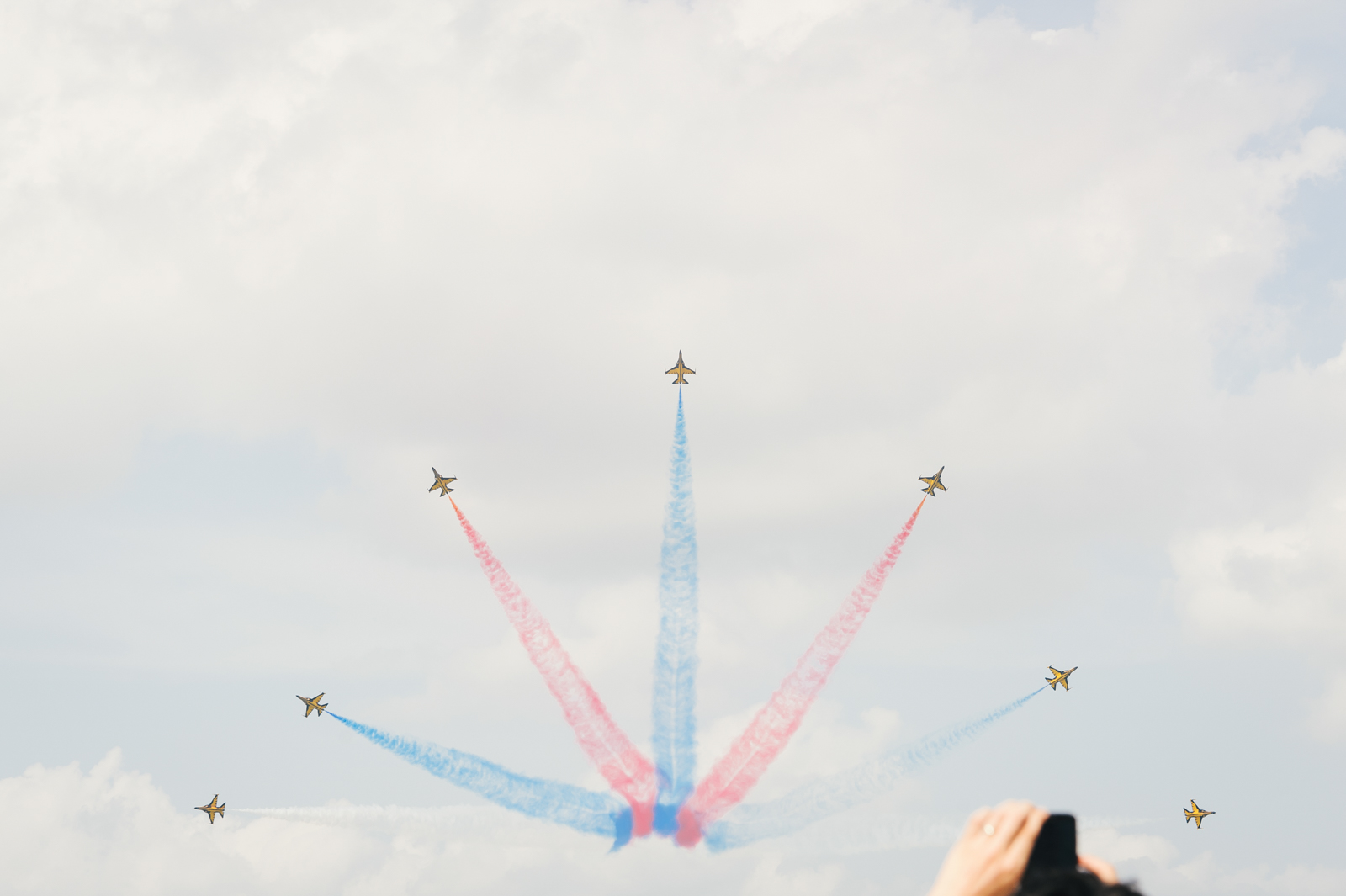 I shot this series on the Nikon D700 with the AF-S 70-200 mm f/2.8 VR II lens. With 70 mm as the widest I could go, I missed out some spectacular scenes. The Black Knights drew a heart while the Black Eagles drew the Flag of South Korea. These were two moments where a second body with a wide angle lens would be handy.

Hence, I was delighted when I realised that 70 mm was wide enough to get the shot of the Black Eagles flying in seven different directions. But someone had to whip out their phone camera to snap away and ruined my shot.

This concludes my series of photos from the Singapore Airshow 2014. The event is held every two years so the next one would be held in February 2016. If you are interested to go, check out the official website.

Subscribe to this site so you will be notified when new posts are up.

Get the Latest Articles

Receive email updates when new articles are out!

Don't worry, we hate spam as much as you do.